Pharmacy and the Robot Revolution

When people talk about the robot revolution, they don’t usually think of pharmacies.

Usually they’re thinking along the lines of Terminator or Wall-E not the kind of technology you’d be see in your dispensary, you might think.

For a pharmacist, though, robots deserve a second look.

The innovative introduction of automation into the pharmacy by use of robots can radically change the way that many pharmacies work, to everyone’s benefit. 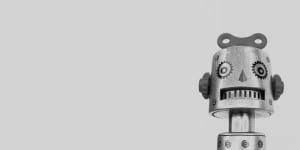 The qualities that make the Terminator such a formidable bad guy are the very ones that make robots in general such an asset to a pharmacy.

Robots don’t need tea breaks. They don’t get tired or distracted. They’re the pinnacle of efficiency. This means they can put together prescriptions quickly and consistently.

I don’t need to tell you what the benefits of faster dispensing can be. Cut wait times, keep customers happy, and encourage repeat business. Simple.

We all know that, despite careful precautions and everyone’s best intentions, mistakes in pharmacies do happen.

Unlike we humans, robots rely on barcode technology to put together prescriptions, which allows them to reduce the possibility of error and improve patient safety, a powerful thing for any pharmacy.

Other than being an serious prescription-producing machine (literally), a robot is a great way of meeting storage needs.

Acting as a high-volume storage system, robots can be used to store stock, including over-the-counter medication and scripts waiting.

Something that gives some pharmacies pause is the idea that, because a robot is so efficient, they can cut costs by reducing staff.

A more positive way of looking at things, though, is that an efficient robot backstage in the dispensary enables all pharmacy staff to spend more time with the customer. Your pharmacy will be able to provide dedicated, focused healthcare to patients, so they’ll leave feeling looked after and will come back time and again.

Aside from all the practical benefits automation brings to pharmacy, there’s one big bonus as far as your image is concerned.

Whether they’re good guys or bad guys, robots are a huge part of popular culture, and quite simply that’s because people love them. That’s something that goes for your customers, too.

In general, we’re obsessed with the newest technology, which makes a cutting-edge robot a smart addition to your pharmacy. Using robots establishes you as the pharmacy to beat.

Get in touch to discuss your Project